Jessica Dannheisser is a British composer based in London.

Her work spans theatre, film, TV and VR. She recorded her debut album, Orchestral Portraits | Seven Pioneering Women at Abbey Road Studios. And she released it in March in celebration of International Women’s Day. She recently signed the music for a large-scale theatrical production The Incredible Tale of Robot Boy, a show about the ethics of AI, scientific testing, and parenthood. Her recent TV works include The Write Offs currently airing on Channel 4. She also signed the music for the feature drama-doc Suffragettes With Lucy Worsley. This documentary marked the centenary of female suffrage, and won a BAFTA award. Jessica Dannheisser also scored Sky One feature comedy drama The Queen And I starring David Walliams. She also worked on the Sky VR’s groundbreaking virtual reality experience Hold The World featuring Sir David Attenborough and set within the Natural History Museum. 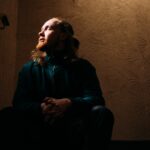 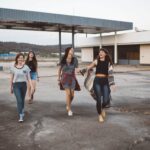 How to become a TikTok influencer?