Christmas is this special season of the year where brands make the greatest effort to release the best commercials they can. As Christmas is a peak selling period, it is essential for major companies to advertise their products and give an outstanding brand image to customers. But bear in mind that the most creative commercials are not always for the most consumer minded products, coming from big companies that want to boost their sales. Still, Christmas is an opportunity to think of others and advocate the values of sharing and altruism.

At the end of a year like 2020, the Christmas values we’ve mentioned may be more needed than ever. And the general feeling you get while watching Christmas commercials these days is that brands really want to maintain this tradition. They clearly aim to cheer up and move consumers in these difficult times. Which, we feel, they’ve achieved. Will it also be the case for you? Take a look at the 10 Best Christmas Commercials of 2020!

Disney – From Our Family To Yours

This year, Disney EMEA (Europe, Middle East, Africa) launched a campaign called “From Our Family to Yours”. This campaign is based around the first-ever Disney Christmas advert. This 3-minute animated short film that tells a story of nostalgia and family bonds. The film starts in the Philippines in 1940, with a father giving a Mickey Mouse stuffed toy. Then years later, in 2005, the child who is now a grandmother plays with her granddaughter and the toy. As the granddaughter grows up, she has less time to stay with her grandmother and the Mickey Mouse doll slowly breaks. But eventually, the granddaughter remembers the time she was a child and repairs the doll and makes the Paroles she used to do with her grandmother. As she wakes up to this, the grandmother remembers her past as she hugs her granddaughter.

This campaign aimed to celebrate 40 years of partnership with the Make-a-Wish charity. All the benefits from the vintage Mickey Mouse stuffed toy and the beautiful Love Is A Compass soundtrack single will be given to the charity. Also, this powerful short film was praised as it brought more Asian representation in the media, celebrating Filipino culture with its characters, the Paroles (Christmas lanterns) and the Mano or pagmamano, a sign of respect in the Filipino culture.

Amazon – The Show Must Go On

This Amazon commercial focuses on what most of artists experienced this year. A young girl who was announced the star of a winter ballet has to a face the consequences of the coronavirus situation. Her show is canceled. The dancer’s little sister tries to dissipate her big sister’s despair by still organizing the ballet outdoors.

The commercial soundtrack is a classical arrangement of Queen’s The Show Must Go On. It makes sense in a time where online shopping has skyrocketed that Amazon would make such advertisement. The commercial aims to give hope in troubled times by celebrating beauty, whether it’s on the stage of an opera, or down the block.

Coca Cola has been known for its Christmas special commercials. And for good reason, as the Coca-Cola Company and advertisements have shaped the image of Santa Claus as we know him since the 1920s. This year is no exception. Coca-Cola brought us a fresh Christmas commercial called The Letter, directed by Oscar-winning director Taika Waititi.

The commercial tells the story of a dad who goes on a journey to the North Pole in order to give his daughter’s letter to Santa Claus. At the end of the film, it turns out that the little girl’s only wish was for her dad to come home for Christmas. Heartbreaking story, like most of the best Christmas commercials of this list. As Kris Robbens, Marketing Director at Coca-Cola Great Britain said about this campaign, that their goal was to reflect a “greater appreciation for loved ones, a sense of community and our need to be present with each other this Christmas.”

You can’t mention Christmas without talking about food. It is a crucial aspect of this holiday. And to pay homage to Christmas food, we chose this advertising campaign from Sainsbury’s, the British Supermarket chain. This year they’ve come up with 3 short films called “Gravy Song”, “Perfect Portions” and “Big Sarnie”. They all include old VHS family shots with analog film. On top of the images, members of the family have a phone call discussing how they wish they could see each other for the holiday. Or talking about famous traditional dishes. Once again, these commercials celebrate family togetherness while taking a nostalgic look at the Christmas holiday so reminiscent of childhood for many.

This advertising campaign faced backlash on social media, sometimes with racist comments against it. Sainsbury’s responded by saying that the commercial aimed to “represent a modern Britain, which has a diverse range of communities.”

Apple – The Magic of Mini

Apple recently released a new commercial for their HomePod mini, starring American singer and rapper Tierra Whack. In this ad, she’s walking in the streets singing a song (feel good) while seemingly feeling down. As she comes back home, she puts music on the Apple product. A tiny Tierra Whack starts singing and rapping a much more cheerful song (Peppers and Onions), in the form of a dialogue to herself.

This more original commercial’s self-introspection, hip-hop beat and grillz break the traditional Christmas ad rules. But at the same time, it respects certain principles. Song and dance are present, as in many other ads. The commercial starts in a cold winter street with decorations and Christmas trees. And the color palette of the apartment is completely in line with the traditional Christmas tones. This refreshing ad thus definitely belongs in this Best Christmas Commercials list!

Burberry – Singin’ in the Rain

Burberry created a unique version of the classic Gene Kelly’s Singin’ in the Rain scene. As it’s pouring blocks of ice, 4 young people dressed in clothes from the British fashion brand make their way through the street, dancing on the rhythm of the song interpreted by Dreya Mac. The commercial ends with one of the 4 dancers jumping into a cold winter sea as it’s still raining ice. This (literally) refreshing ad aims to reflect the values of the brand, celebrating youth, exploration, curiosity, passion… The add is actually titled “It’s about that fearless spirit and imagination when pushing boundaries”, explained chief creative officer of Burberry Group, Riccardo Tisci. And let’s be honest, you do have to be fearless to go take a swim on the British coast in the middle of winter. Burberry deserves its place in this list through this original ad that managed to make a relevant use of music and dance to showcase its products.

Deliveroo – Christmas is on!

And maybe the use of rhythm and music is even more interesting in this Deliveroo commercial. Through this 30 second-ad, you see every step in the process of food delivery. A series of steps whose sounds form the melody of the traditional song We wish you a merry Christmas. Pretty simple but very effective. We’ve already tackled the importance of food during the Christmas festivities. Deliveroo may seem completely different from the idea that we have of the traditional Christmas meal. But Deliveroo gives a modern take on how food can bring people together, especially these days as food delivery has become such an important service for both restaurants and consumers.

John Lewis – Give a Little Love

Since 2007, the John Lewis Christmas television advert is a tradition. Each year, people wait to discover a commercial featuring a song covered by an artist or an original track. This year’s ad is called “Give a Little Love” and it tells a story of different acts of kindness, from a boy, a snowman, neighbors, a hairdresser, pigeons, a hedgehog, a girl… This commercial includes several styles of cinematography, stop-motion animation, cartoon, 3D animation, and live-action. It aims to spread kindness and mutual generosity, particularly in these times of pandemic. Celeste’s song Give a Little Love adds a nice soundtrack, finally, to make a very touching and original commercial.

Aldi’s commercial includes most of the elements previously mentioned. A father’s journey to get home, a hedgehog, Christmas food, and family gathering. More precisely, the commercial tells the journey of a carrot named Kevin to get back to his family. The commercial includes several references from famous movie soundtracks like Home Alone, Pirates of the Caribbean, and E.T. A nice commercial that made it to our list this year!

This one is not from 2020, but as we watched the previous ones we couldn’t help but think about this ad. In this commercial for Google Assistant, you will dive back in the classic Christmas movie “Home Alone”. Watch Macaulay Culkin reenacting iconic scenes from the movie. But this time, he asks Google Assistant to do everything for him. A very funny commercial that brings back memories and that we wanted to share with you to end this Best Christmas Commercial list!

We hope you like this (subjective) selection of the best Christmas commercials as much as we do. Don’t forget that if you’re looking for music to use in a Christmas video, BAM Music has a dedicated playlist where you can find the perfect track for your project!

Now, on behalf of the editorial team at the BAM Music Blog, we wish you a Merry Christmas and a Happy New Year, that we know can only be better than the last! 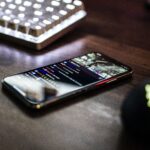 Twitch & royalty free music: What are the risks? 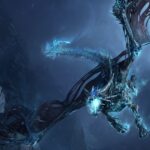 Everything YouTubers need to know about VFX