Advertising’s main objective is and always will be to promote or sell, a product, service, or idea. Ever since the first ads appeared, companies have been competing against each other to see who will have the most memorable one. The one that will become everybody’s top-of-mind ad. From print to radio, television to social media, ads and their media channels evolved greatly. Thus creating a never-ending need for innovation and improvement. In this rush for greatness, specialized agencies emerged and brought new ideas and methods to create convincing campaigns. Ads have now become smarter, better, and more enticing than before. In a world where video formats dominate the ad market, music has become a key component for their memorability. A characteristic that really is the foundation of music and advertising’s partnership. So, let’s dive in on why music is the centerpiece of any good ad.

The brief history of music storytelling

Music has been around for ages. Just like any other facets of culture such as literature, religion, history, myths, legends, and art, it evolved and prevailed through time thanks to one common denominator: timeless storytelling. This method of communication that emerged thousands of years ago allowed cultures to be passed down for generations and was also used to teach children. Even back in a time where sources of information were nonexistent. It was really all about making stories appealing and memorable.

Storytelling as a whole has no boundaries. It is not confined to just verbal delivery or visual depictions. That’s why the use of sound opened the door to a new world of experiences where we use our feelings and imagination. A world where, by arranging sound frequencies in a certain way, you can lead the listener on an emotional journey. And we’re not talking about the brown note. We are talking about combining frequencies and timbres to tell a compelling story through sound which we call “Music”.

Seeing the power of musical storytelling, it is not surprising that advertisers jumped at the opportunity to enhance their campaigns thanks to it. They want to appeal to the subconscious, compel people to act, and create an emotional connection between their brand and the customers. The best stories always engage all of the senses. The more senses that are stimulated, the more people will not only relate to it but be moved by it. With the ultimate goal of people recalling your message as an idea of their own and not something they heard.

Studies have shown that music can greatly influence the relationship you have with a brand or product. Whether for better or worse. By finding the perfect fit between the music and the brand, advertisers can enhance the positive brand perception. To do so, you need to know three important things beforehand: the values of the brand or the positive of the brand you want to convey, the features of the music that you’re using, and the characteristics of your target audience. If you keep those in mind, you could probably sell a painting to a blind man.

That’s because music is a very subtle stimulus that is very good at introducing an emotional context for almost any information paired with it. It puts you in a certain mood and you will immediately start associating it with things you know and are familiar with. And these associations are quite treacherous. You don’t have any conscious control over them and it triggers your long-term memory. Hence making that piece of information memorable.

Powering up your ad

Apart from the emotional power that music holds in advertising, there are other benefits to using it in your campaign. Firstly, it can immensely contribute to supporting the structure and continuity of your advertisement. It helps putting the emphasis where you want it to be, acts as a mediator between disjointed images, and either helps to structure the script or aims to tell the narrative itself. In some cases, music can also add more credibility to an ad. This is done by using a renowned artist or a relatable song. Which then helps companies convert more of the ad viewers into paying customers. Plus, using a song that holds appreciation to the target audience goes back to triggering their subconscious. So, you are once again strengthening the bond between the consumer and the product.

In a more straightforward way, music can simply make your ad more entertaining. Songs can create a bridge between the advertisement and the listener. This connection tends to add aesthetic value to the ad while making it more engaging. And we all know that an entertaining ad will always capture the attention of the audience. Raise your hand if you’ve ever caught yourself watching an ad for a product you don’t need or will never buy just because it’s a good ad. We know we have. It’s just that music can add the right amount of “umami” to an otherwise bleak campaign. And once you are hooked to an ad that has some flavor, you are more prone to sharing it across major social platforms and subtly be pushed to buy the product over its competitors.

We all remember when jingles were a thing right? It’s not like they are completely gone but we definitely hear less of them nowadays. They were tricky little songs that would get stuck in your head involuntarily because of their catchiness. They were also a powerful tool to make consumers remember a brand or product’s name and purpose and were the winning modus operandi for much of the ’50s through the ’80s. What changed? Well, in 1987, Nike used the Beatles track “Revolution” and started a revolutionary shift in the advertising industry. It not only opened the floodgates for the possibility of using meaningful, historic music, but it became clear that money could be made by publishers and recording companies in the ad space. It also brought up a lot of issues regarding licensing and how to properly use popular music in advertising which set the foundation for today’s industry.

A new world of music in advertising

That’s where it all began. One ad using a popular song for storytelling created a musical revolution in the advertising world. Of course, it evolved greatly, and using popular music quickly became expensive. That’s when production music came to save the day and advertisers’ pockets. Even though it’s cheaper, production music in no way falls behind popular music. You could say it is custom built to make your ad pop out and enhance every aspect of it. It also allows artists a greater deal of freedom to innovate and make music that will guide perfectly any video production.

Don’t worry, we’re not a tease. We’re not going to preach that music is the centerpiece of any good ad without obviously showing you some examples of why we’re in the right. So if you still need to be convinced, here are our top choices.

Got no strings – Beats by Dr. Dre

Only Time with JCVD – Volvo Trucks

If by now you still have some doubts, we don’t know what else to tell you. Video without sound just doesn’t work while music can work by itself, right? Well, by using music as the backbone of your ad, you will simply step it up a notch. The rhythm the music provides can greatly improve the delivery of your message and get your customers’ attention easily. Whether you are using a popular song or tailored production music, it will make your campaign much more memorable for them and boost the relationship between your brand and the viewers. Because that’s the power of music, it can change a person, their mood, or make them switch from Android to iPhone. Whatever you want, it will get it done. You just have to use it as the centerpiece of your ad, trust us and you’ll see! 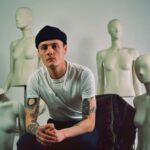 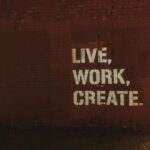