What we see in films and videos are the combinations of camera movement. It is one of the most fundamental techniques in a filmmaker’s armory. Types of Camera Movements and Shots combinedly provides visual information to audiences. Since camera movement is a basic language essential for directors, cinematographers, camera person, or any creator, let’s unveil 10 basic camera movements.

Cinema is a matter of what’s in the frame and what’s out.

What is camera movement?

Camera movement is a powerful filmmaking tool for modifying the relationship between the camera frame and the subject. The major goal of camera movement is to alter the viewer’s perspective of time and space to create impactful storytelling.

There are different types of camera movements with various ways to describe them. Here are the basic camera techniques that can inspire you to add a variety of combinations and visual interest to your video project.

The fixed shot is the fundamental cinematography tool for any filmmaker. Dynamic visuals have their place. But when it comes to keeping the static position, its impact is higher then you expected.

Here is a static shot that captures Solomons in the chain in the movie “12 years a slave“.

In old times, it was incredibly difficult to move the camera. So, panning was the best technique to convey the movement scenes. Now, pan shots are known as the shots where we turn the camera on a fixed head. In other words, a pan shot is a shot where the camera follows a moving object and shoot to create a feeling of action. This technique rotates the camera horizontally and follows the character’s action or reveal information.

Likewise, the pan shot is used for creating a transition. It amplifies energy and portrays the cause and effect.

This camera movement directs the camera in an upward and downward direction. It captures a scene verticality giving the camera dominance or vulnerability. Likewise, tilt reveals the character setting in movies.

For instance, inception is an example that uses the tilt technique in complement with physical space and psychology. Tilt shots are more dramatic and mainly used for creative purposes.

Here is an example of Tilt in Inception city bending scene.

Zoom is one of the most commonly used camera movements. Instead of a camera changing a position, it alerts the focal length of the zoom lens. So, it’s the lens that comes to action. It further consists of zooming out and zooming in. Many horror films use slow zoom for uneasiness. Stanley Kubrick Iconic shot from “The shining” is an example. Fast zooms are known as crash zooms.

Dolly zoom is a special camera movement that moves back and forth, mostly carried out in a motorized vehicle or a track. They use lens zoom and dolly to create vertical elements. Dolly movements create a beautiful flowing effect on the video.

Vertigo (1958) was a pioneer at using Dolly Zoom. So many calls this zoom vertigo too.

There are two dolly zooms:

Likewise; Steven Spielberg’s zoom is a classic example of dolly zoom portraying fear of a character:

Here are examples of different dolly zoom in movies.

Push-In moves the camera to an object and focuses movement. It is how we direct our attention to details. This further helps to build tension, drama, and suspense. This is also an effective way to communicate.

For instance, The Lord of The Rings have lots of pus-In in the dialogues. Handheld and moving chairs are some ways to create this shot. Similarly, wide-angle lenses help to take the best shot. They are simple, yet effective camera movements.

Whereas pull out is a camera movement that moves the camera in the backward direction, detaching from a subject. Generally, it disconnects viewers from the characters and also unveils the context of the scene.

Also, portraying negative emotions and isolations. But at the same time, the pull out scene is also used to create a sense of power and freedom.

A tracking shot is a shot that moves through the scene physically. Here, the camera moves with the object and follows the character’s movement. This way, it immerses the audience into the scene. One of the most exceptional tracking shot is from “The Goodfellas”. In this shot, it starts with close-up keys that represent that we can change the shot size for cinematic effect.

The arc shot is the Camera movement that moves around the subject either horizontally or vertically. So, the object becomes the center of a view. This way, you can either arc right or arc left. The main motive of the arc camera movement is to keep the audience focused. It either follows or leads the object.

The arc shot is best at adding dynamic movement to moments of panic, intimacy, or heroism.

Here is an example of an arc shot taken around the hawk.

Movement without control is known as a random movement. Also known as camera shake, it is added to create a subjective experience. Random movement creates a documentary look and captures events happening in real-time like nothing is planned. But remember lots of shaky camera movements can make us feel dizzy and distracted. So, it takes lots of attention and homework to derive exceptional results from the random movement.

I hope we helped you understanding these 10 Basic Camera Movements. Also, do not miss our latest article on 5 filmmakers to follow in 2021. 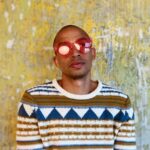 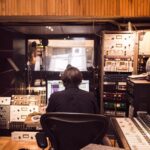