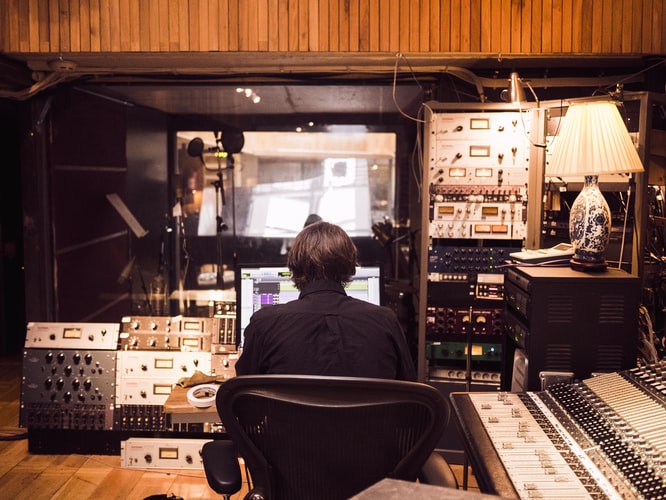 Have you ever wondered how your favorite movie would have turned out if the audio didn’t exist? You might have felt no emotions. Indeed, a good sound design adds a beautiful dimension to movies and is as important as adding music to them. As filmmaking is a huge project built with various elements, the nobility of a movie is only reflected when sound and picture come together to play. But what we notice is that beginner filmmakers tend to focus on visual elements, therefore neglecting sound effects. So, today let’s unravel the importance of sound design in movies.

Sound is what truly convinces the mind is in a place, in other words, hearing is believing

What is a sound design?

Sound design is the use of sound effects and audio to create an auditory experience for the audience. It is one of the most integral elements in the film to create an immersive experience. Moreover, sound design is the way to tell stories. For instance, if you are viewing a scene in a dense forest, you will likely hear birds chirping, or winds blowing. The whole scene unfolds in front of your eyes with the better use of sound design.

Sound design is evolving with the advent of technology and expertise. However, it has always been an indispensable part of the filmmaking process since 1926. Before that, sounds were not recorded in the film itself. Instead, they were especially captured through records. Later, they played the sound back with a system that linked a turntable to a projector by synching the image with the sound.

Don Juan was the first film to feature sound, technically. It only has sound effects and music. Then, 93 years ago, in October 1927, Warner Bros turned the film industry upside down with the Jazz Singer. It was also the first movie to synchronize dialogues. Since then, the industry went booming in the area of sound design.

What is foley sound?

Foley sound is the technique of producing unique sounds for everyday television and movie shows. You may have heard about Foley artists. They are the ones responsible for creating such sounds during the post-production, mainly in studios. This name was derived from Jack Foley, who was the sound effect artist that developed the foley technique. Most movies use both Foley effects and field recording to produce sounds.

Putting soundtracks together and designing audio elements in a feature film is a big project in itself. Big movies have a large number of people. If you notice, the Oscars have two nominations for sound design. First of all, there is an Academy Award for the ‘Sound Editing’ and the other nomination is for ‘Sound Mixing’. The supervisor is handed the award, but no great sound design would be heard in movies without the collective effort of the sound design team.

Foley artists are often underrated, that’s for sure. But they are the ones behind creating the sound that doesn’t even exist. Imagine the effort and creativity behind this great work.

Sound in movies can be found in different forms. They can be music, dialogues, or different sound effects. Again, we can divide sounds into diegetic and non-diegetic. The sound that we can hear inside the story is diegetic. For instance, they are dialogues, footsteps and doors banging. On the other hand, the non-diegetic sound is the sound that is not part of the story world. They are sound effects that are not played within movies. They can be a narration, some music overlay, and other sound effects. Also, find how sound design helps to improve your video quality.

The beauty of the sound design

You are not meant to notice sound effects because a good sound design is meant to blend perfectly with the visual elements. Most films’ sound design done in the set is dialogue. As a sound designer, you are responsible for everything the audience hears. David Fincher’s Fight Club has become one of the most talked-about films of the century. He has also been a strong advocate in the use of CGI (3D audio software). Though, the audience is not a great fan of realism, the sound is very effective in telling stories. Ren Plyce was the sound designer for Fight Club. They layered different substances like walnuts and bones to create brutal sounds. You can feel the barbaric hit in every punch shivering right down your spine.

Action movies are popular genres to invest in creative sound design. For instance, Star Wars gives a memorable sound design for the entire film industry. Ben Burtt has done a commendable job to bring the scene to life. A hum of a lightsaber in the movie was created by combining noises of the projectors with feedback from TV. It was captured later by waving a microphone. Also, Star Wars became the first movie to ever use the sound technology of the Dolby A System. Overall, Ben believes that sounds are composed of familiar things and should create something believable.

A Quiet Place: Power of silence

A Quiet Place is a remarkable movie starring Emily Blunt and John Krasinki. A beautiful portrait of a family struggling to survive and forced to communicate with sign language, this modern horror thriller is quite visionary. Imagine navigating life in silence! The movie is silent as it can be. Though you cannot hear human dialogues, the most exciting sound story lies in the moments like monsters sneaking around, a sand footstep, or the boy’s toy. All these sounds are layering with each other. As an audience, the movie leaves you awestruck and we tend to remain silent.

Sound design can either make or break a movie. It plays an important role in conveying emotions. A proper unity between the picture and sounds are the key factors of a good film. Likewise, a proper sound design adds fullness to the movie world and this auditory sense is what people experience deeper in the cinema. So, the sound should be designed with careful attention and precision. Every sound carries a meaning.

Also, watch this interesting video on sound designs, See With Your Ears: Spielberg and Sound Design. 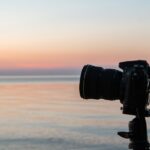 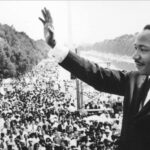