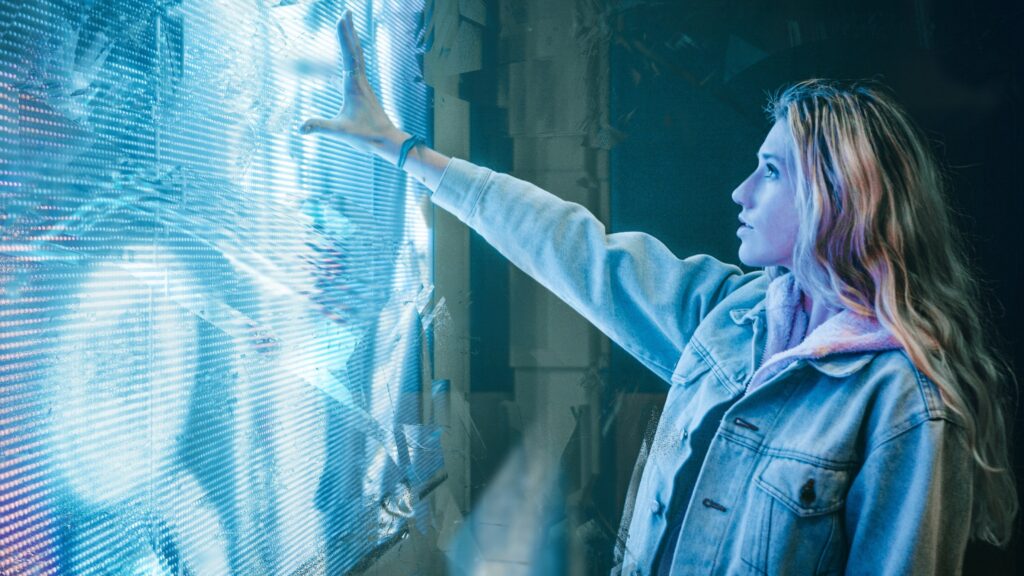 From classics such as Titanic (1997) to world-acclaimed movies like Avengers: Endgame (2019), the green screen has always been a key component to making movies as captivating and rich as possible. For decades, this technology has allowed directors to deliver glorious epic battles or wonderful and amazing sceneries. What’s more, they were also able to create original and immersive movie elements to complement their storytelling. But in an ever-evolving filmmaking world, it is inevitably becoming obsolete. What comes next? What will change the future of filmmaking? If those questions are eating you up, then you’ve come to the right place. Let’s find out more about the technology that’s replacing the green screen.

A bit of history

One could say it all started a long time ago when top hats were still considered a fashion must-have. Back then, in 1898 to be precise, an innovative illusionist and film director created the first precursor to the modern green screen. His name was Georges Méliès. Georges wanted to depict a man surreally removing his head and for that purpose, he developed a meticulous technique that involved combining multiple frames of film in multiple exposures. First, he blocked parts of the camera’s lens and left them blank. Then he superimposed these blank frames onto alternative takes of the same sequence filmed with a clear lens thus creating an amazing special effect that certainly lived up to his reputation as a master of illusion.

Years later, the real origin of this special effect emerged with the invention of chroma key technology in the 1930s. The American special effect artist Larry Butler was the first to use a proper bluescreen process to create a traveling matte for The Thief of Bagdad (1940). As time went by, filmmakers transitioned from blue to green. They realized that green was usually more suitable as a background screen color. It was just a bit awkward to see someone’s jeans disappear on the screen.

The green screen continued to be a trailblazing technology throughout the 20th century and beyond. In 1988, the green screen was used to combine live-action with animation, in Who Framed Roger Rabbit. It marked a new filmmaking era of actors interacting with ‘invisible’ cartoon co-stars. Even though things have changed since Méliès’ time, the same principle of superimposed shots is what underlies the green screen technique today. But it came with a cost.

Don’t get me wrong. Green screen technology was a huge advance for the industry and it completely changed the art of Visual Effects (VFX). As we said before, it allowed the most unreal things to become real and opened a world of possibilities. But after using it for over 20 years, some recurring problems started to arise.

First of all, it takes a huge toll on the actors. It is really hard to envision a certain era if you’re only surrounded by green screens. Or to feed off your co-actors and the space you’re in if there’s nothing of the sort. It certainly affected the quality of the acting. To illustrate, the overreliance on VFX was what caused Ian McKellen to breakdown on the set of the Hobbit. Quite an unpleasant experience.

It may be my impression but I don’t remember a green screen on The Lord of the Rings. If Gandalf was on top of a mountain, I’d be there on the mountain.

Ian McKellen on why he hated filming The Hobbit

Next, regarding the green screen in itself, anything from a different green tone, a badly lit area, or a fold can lead to major extra work for the post-production team. It also is a laborious job to make the images on the green screen dynamically respond to camera movements the way they would in the real world. Depth of field is another issue too.

Plus, what’s worse, you always get “green screen spill”. The spill is what we call the screen’s reflection on metallic elements of the set or the light it casts on them and the actors. Which, then again, need to be removed in post-production. More hours of post-production means more money too.

In short, removing a green screen and creating an incredible scene with it is always way longer than any VFX artist would hope. “Well then, what is this new technology that is so much better?”. We’re glad you asked.

A new era of technology

In order to get the flexibility of green screens without the drawbacks, the venerable visual-effects house Industrial Light and Magic (ILM), introduced an innovative idea: LED panels that use the same technology as video game engines to place a realistic-looking world behind the actors. Voilà, the cat’s out of the bag. Now allow me to explain why it is considered a new technology that is replacing the green screen.

LED screens aren’t something new, we know. But the fact is that for years, LED screens’ resolution has been too low and its cost too high to use instead of green screens. Additionally, GPUs weren’t powerful enough to render realistic elements. However, that’s beginning to change. By combining high-definition LED panels with Epic Games‘ Unreal Engine, tech borrowed from the videogame field, artists can create photorealistic 3D backgrounds. This will bring VFX into a new era.

Firstly, in regards to what we said before, with LED screens and a physical set design matching them, the actors can see their surroundings where 3D models are plopped into them. They don’t have to imagine it anymore, presenting additional support for their acting. But the benefits for the actors are just the tip of the iceberg.

The Disney+ live-action Star Wars Tv show, The Mandalorian, was one of the first big productions to use this technology. They created a circular virtual stage of 75 feet in diameter (roughly 23 meters) and 21 feet high (a little over 6 meters). This stage was given the epic name of “The Volume“. If you want to know a bit more about it, you can check out Charmaine Chan’s interview below. She is a member of the Brain Bar, the group of visual effect artists that operated this system.

Now, to be fair, building a set like this is a huge investment at first. However, the creators claimed that it allowed them to limit the amount of stage space they used. Besides, they also limited the expenses of traveling to locations, building new sets, and post-production. All of which had a big impact on time and budget, making the investment worth it.

This innovation was a creative breakthrough for both VFX artists and the Director of photography. It completely switched the process of the industry. VFX is now the first step before filming and editing instead of it being the last one. The artists create the backgrounds beforehand so when the day of shooting comes, they can work directly with the actors, set designers, gaffers, and prop designers to make everything run smoothly. On the other hand, for the Director of photography, it was a game-changer in order to use the background for better storytelling.

Well, that’s the end of it. It’s not magic, only science. Yet, we hope you learned a little bit more about the technology that is slowly replacing the green screen. We say slowly because even though it is massively reduced, we can’t totally replace it for now. There is still a need to change or remove some elements in post-production. However, if you want to use a green screen, you can now put up a beautifully and evenly lit one on your LED wall. Just wonderful don’t you think?

Thanks for reading this article! If you are really interested in VFX and want to start using it for your own content, you can also check out our article on Everything Youtubers need to know about VFX. 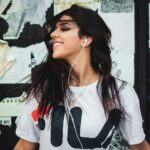 How TikTok is reshaping the Music Industry